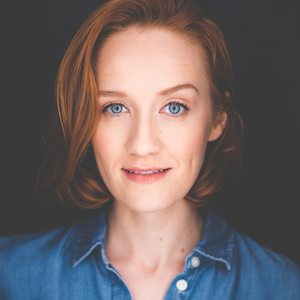 Sarah Oakes Muirhead (she/her) is a Boston-based theatre artist whose diverse passions and collaborative spirit have earned her hats as an Actor, Singer, Director, and Coach. Born and raised in NJ, she holds a BFA in Acting from Boston University and a diploma in Classical Acting from the London Academy of Music and Dramatic Art. Sarah is a Consultant and Audition Coach for “My College Audition,” where it is her great privilege to help the next generation of theatre artists pursue their dreams.