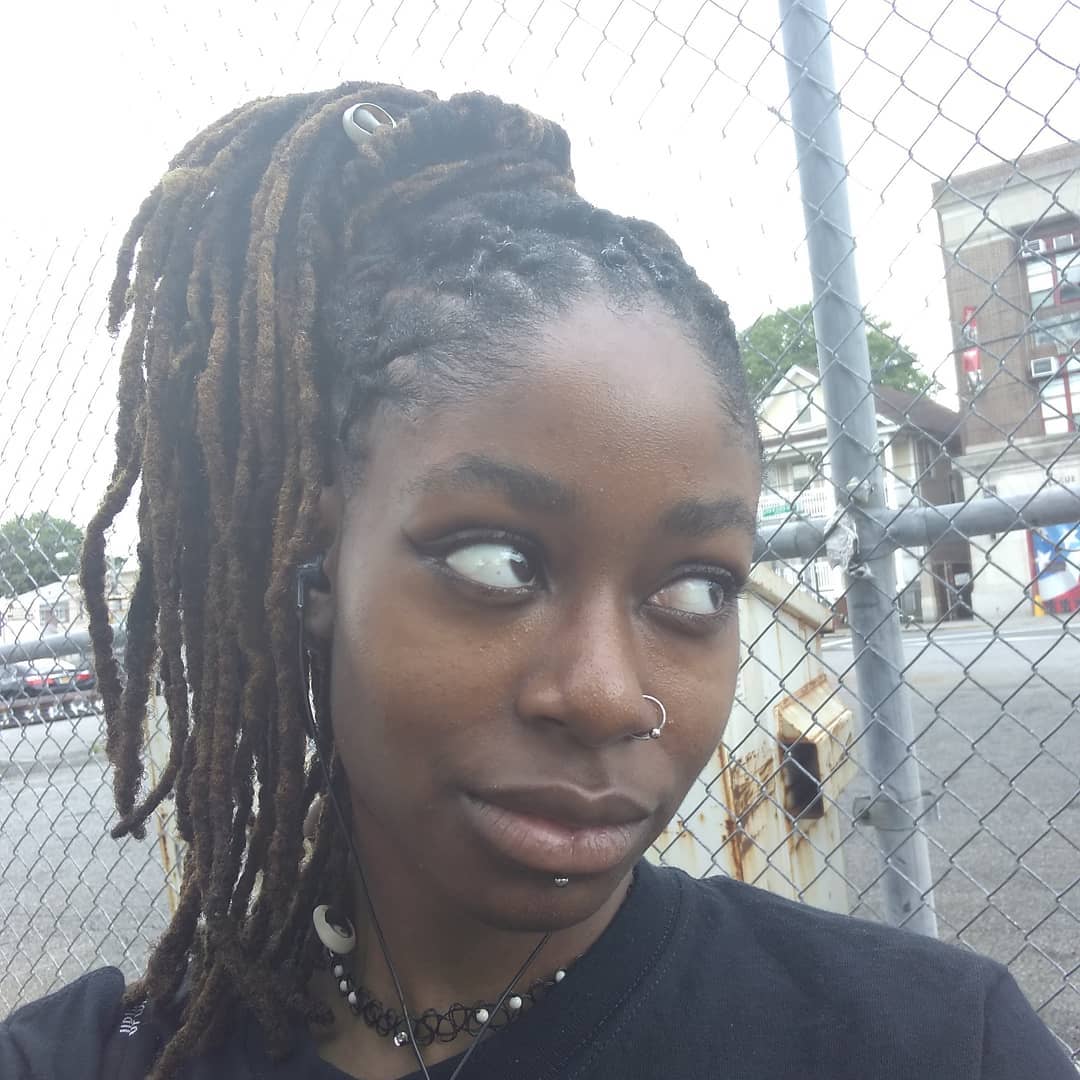 Naomi Harris is a graduate from Bard College at Simon's Rock (major: African American Studies and Theater for Social Change- a self constructed major combining Sociology and Theater). Theyre also a National Theater Institute alum of the Eugene ONeill Theater Center (and a current Spring 2020 Advanced Playwright) as well as an aspiring Professional Dominatrix. They have long been a poet and now playwright, lyricist and librettist. One of their main goals as a writer is to aid in the alleviation of stigmas and stereotypes regarding mental illness in the Black community and to raise awareness and create more access to mental health resources, especially for Black and other LGBTQ+ youth of color. They are also an advocate for the safety of sex workers, specifically within the BDSM communities and are currently writing a musical (Club Leather Queen) about Professional Dominatrices who are queer and of color. They completed a Playwriting 102 course at the New York Theatre Workshop with instructor and renowned playwright Kate Moira Ryan. Among their works are Wounded Skyes, Glitter Bracelets, Take a Number and Wait, When I Grow Up I Wanna Be…, and All the Conversations You Wished You Had, But Never Did. Though they don't really know what they're doing with their life currently besides writing and washing dishes in a restaurant, Naomi is currently looking at graduate schools in New York and London.