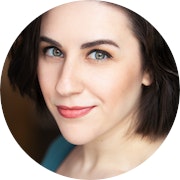 Michelle works in many mediums: writing, directing, and performing for the stage and screen. Dabbling in taboo, dark, and complex subject matter, she strives to push limits and boundaries, subverting audience experiences physically and emotionally. ​With a background in psychology, her work often explores the complexities of interpersonal relationships, the failures of the mind and body, and our attempted control of the psyche. She is the Co-Artistic Director of Strange Bird Theatre Co. (strangebirdtheatreco.com) and composes music under the pseudonym Sin Machines (sinmachines.bandcamp.com) She's a versatile actress, excelling in physical storytelling, improvisation, and character development, with training in experimental theatre, musical theatre, and the classics.