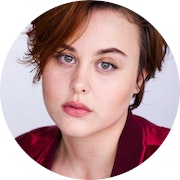 I love the word queer and reclamation of it - that feels good rn. Bisexual is near and dear since that was the first word that felt right when I initially came out and because that word gets a lot of flack.

Being a woman is an incredibly powerful thing but I love to experience different aspects of masculinity when it calls to me.