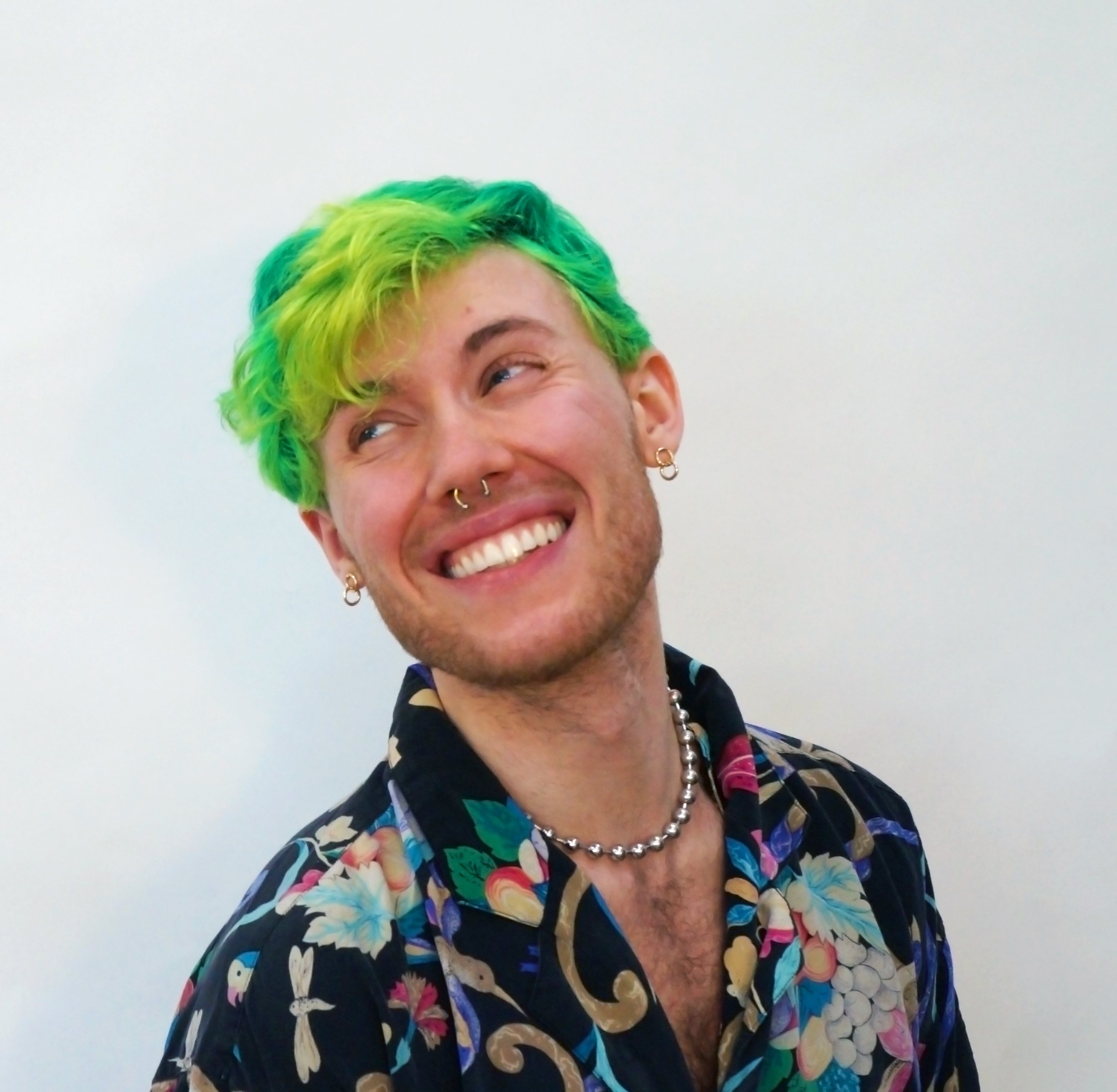 Bee Michael is a Brooklyn-based agender actor and artist with fun pronouns and green hair. Xe specializes in new and developmental theater that is unapologetically and undeniably queer—work that fills a room with queer folks and puts queer experiences front and center. The work Bee helps to create is for trans and queer people first and foremost. Bee has been seen in both regional and NYC productions, most notably as Max in Hir at Island City Stage (dir. Andy Rogow), Milo in workshops for Q2 by James Lecesne and Ryan Amador at New York Stage & Film's Powerhouse In Residence (dir. James Lecesne), and for originating the roles of Jackson in workshops for Wonder Boy: A New Musical by Jacob Jarrett at The Dare Tactic (dir. Nina Roy) and Tony in both in workshops for and the Off-Broadway premier of #Adulting: A Millennial Opera by The Ballerina Kitties at St. Luke's Theatre (dir. Mika Kauffman). Bee has also performed at various NYC venues, including Joe's Pub, The Duplex, and Lincoln Center.