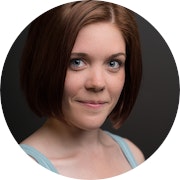 Taylor Beyer is a New York based cabaret and musical theater performer. She is a proud member of Ring of Keys and the Actor's Equity Association and a graduate of Sam Houston State University's Musical Theatre BFA program. A finalist of Mama's Next Big Act 2018, Taylor recently debuted her first cabaret (and the Spoon Ran Away with the Spoon), most notably performed at the Duplex Cabaret Theatre during the 50th Anniversary of the Stonewall Riots.