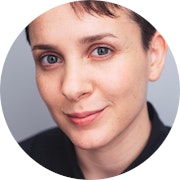 Based in NYC / Brooklyn

Sophie is a NYC based actor, singer and writer. Originally from Massachusetts, they began acting at 10 years old when they played Captain Von Trapp. As an actor, they’ve been part of many developmental projects onstage at The Public, Ars Nova, Rattlestick, the Williamstown Theatre Festival & others. As a writer, they are a PlaySpace Pipeline Theatre Company semi-finalist, their work has been produced by the Tribe Theatre Company and Am I Write Ladies?, and their poetry has been published by the Sante Fe Literary Review. They’ve trained with the Fiasco Theatre Company, were part of the 2019 Williamstown Non-Equity Company and are a proud member of Ring of Keys: a collective of queer women, non-binary, and trans people in musical theater. BFA in Drama: NYU Tisch.