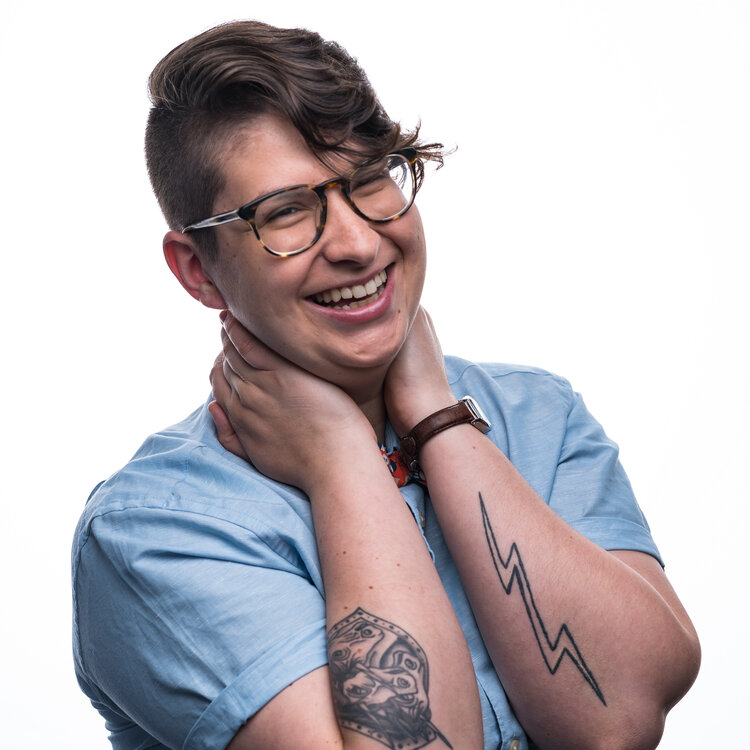 Based in Portland • ME

Lindsay ‘Lindz’ Amer creates LGBTQ+ and social justice media for kids and families. They write, produce, and co-host Queer Kid Stuff, an original LGBTQ+ educational webseries for ages 3 and up. They also produce and host a brand new family-friendly podcast called Activist, You! where they explore social justice topics through interviews with kid & youth activists. They perform QKS music and stories at schools, museums, libraries, and local LGBTQ+ community centers around the world. Their TED Talk on the importance of talking about gender and sexuality with kids currently has over 2M views. They recently performed to a packed house at the Bill and Melinda Gates Discovery Center in Seattle, WA as a part of Amplifier’s We The Future Campaign. Artwork from the campaign depicting Lindsay has been distributed to over 13,000 schools and seen by an estimated 500,000 students nation-wide. They are currently booking speaking and performance opportunities! They are the founder and CEO of Queer Kid Studios, a multi-media production company based in Portland, Maine making queer-focused intersectional all-ages media. They are a Creative Resident at SPACE on Ryder Farm, and a TED Resident, were named a Rising Star by GLAAD, a Queero by them.us, were a Webby Honoree, and have received grants from the Made in NYC Women’s Media Fund, the Awesome Project, and VidCon’s Emerging Creator program. The Huffington Post calls Queer Kid Stuff a “groundbreaking YouTube educational resource.” Teen Vogue praised their episode on consent during the height of #MeToo that “shows exactly why there’s no excuse not to grasp consent. Even toddlers can understand it.” And @shondarhimes tweeted she’s “so here for this!” Lindz is currently developing a picture book, scripts for television, and a full-length screenplay about a non-binary kid!