THE ART OF THE PIVOT WITH MULTIFY'S Caitlin Donohue 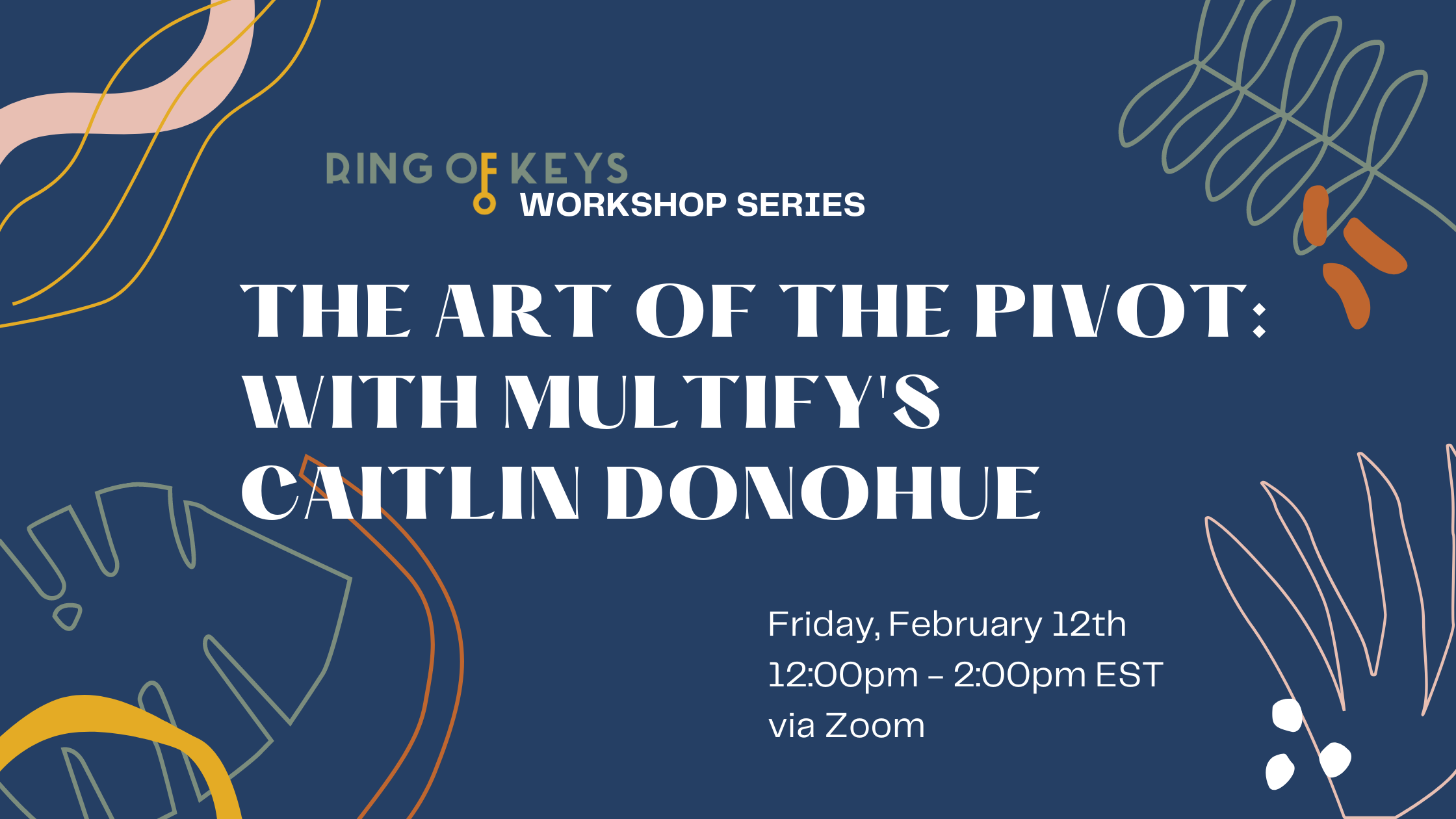 This pandemic has disempowered many of us, through job loss, sickness, and uncertainty. It's time to take charge. Join Multify's @caitdono for The Art of the Pivot, a webinar which will help you find the stability you seek and the career you desire. We'll share our doubts and turn them into achievable goals. From resume tips to application secrets to creative networking, Multify has you covered! It's time for you to get paid for using your creative skills, during this pandemic and beyond! Facilitator Bio: Caitlin Donohue is a NYC-based actor, singer, teacher, writer, and multimedia specialist. She made her NY stage debut as Scheherazade in the Atlantic Theater Company’s 1001 NIGHTS (New York Times Critic’s Pick, music by EGOT-winner Robert Lopez) and has since performed at the 14 Street Y, Symphony Space, 54Below, BergenPAC, and Theatre Row. Recent Off-Broadway credits include The Marvelous Wonderettes (Missy), Addy & Uno (Addy, world premiere), Peter Rabbit (Mother Rabbit, world premiere). She's appeared regionally at Kansas City Starlight, Cutler Majestic Theatre, Calderwood Pavilion, and more. As a teacher, Caitlin spent many summers as a drama instructor at Derryfield Repertory Theatre in NH. She now serves as an early childhood teacher and digital media strategist at Book Nook Enrichment in NYC. In 2019, she founded Multify, a coaching collective that helps artists gain professional and creative stability. @multifyit / @caitdono